Forgive me internet, for I have sinned. It has been ... like 17 months since my last confession and I have no excuses. I don't do penance either so just deal with the shit. 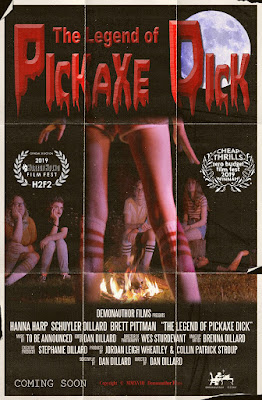 Last post I did here was about a tiny little film called Bacteria. Since then, we've done one called Buffoonery and Hooligans, one called Revenge, one called The Legend of Pickaxe Dick and one called Third Person.

But for now, go give this a watch:

Tell your friends to give it a watch. And their friends, and more friends, and hopefully one day, I will finish the feature length version of this screenplay and all of those people could donate a few bucks to make it happen.