Standing Up For Horror!

Okay, I'm not going to present any revelations here. Or maybe for some folks, I am. I hear this day in and day out from writers...so much so that I've stopped bringing the topic up. I admit, I've actually baited some forums and Facebook page discussions asking the question: Where has all the horror gone? 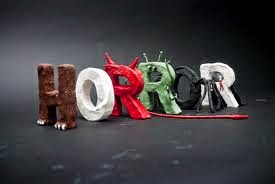 I get responses like these:
- Oh, it comes in cycles.
- The genre died out in the 80's (70's) (90's)
- Nobody reads horror anymore.
- Nobody watches horror anymore.
- Twilight killed horror.
- The news is horror enough.
- Who are you and why are you in my kitchen?

The last one is usually delivered behind the safety of a chef's knife...or maybe a handgun. Pussies. But really, has horror disappeared? Is it in a slump? No. To all of these people, I call bullshit. Bullshit I say!

I can give you a dozen reasons why none of the above is true:
The Walking Dead, Grimm, Penny Dreadful, Hemlock Grove, Bates Motel, Darknet, The Strain, American Horror Story, True Blood, Hannibal, Constantine, Dexter, The Following, Supernatural, Haven, Under the Dome...okay that's more than a dozen but that is just television. Ghosts, monsters, ghouls, freaks, vampires, villains, serial killers on every freaking channel...even the networks. My DVR holds like 400 hours worth of HD shit and it rides the 95% full line all the time.

There are new films released almost daily and with the ease of On Demand, Netflix, Amazon, Hulu, Fearnet.com, ChillerTV, Frightpix, Youtube and on and on. If you need suggestions, ask away. 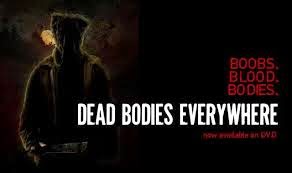