With My Apologies to His Highness

I haven't posted any short fiction on the blog in a while, so I thought today might be as good a day as any. I found this nugget tucked away in my "shorts and flash stories"  folder on the PC and figured it was worthy of a dusting. I get inspiration from everywhere, usually from within my own twisted mind. In this case, it came from another twisted mind. I think my Grandmother bought me my first Stephen King hardback book...maybe it was my mother. Either way, I was too young to read it, but I turned out okay. *tweak-tweak-twitch-twitch*

Stephen King mentioned once in an interview that he had a story idea about an airport ladies room… The women just kept leaving their husbands in the terminal, excusing themselves to go to the restroom, and not returning. Something was going on in that restroom, he just never could figure out what it was…So I finished my version of the story. Thought it would be cool to have an anthology of “finishes” to this premise. We’ll see what happens. So, without further ado: 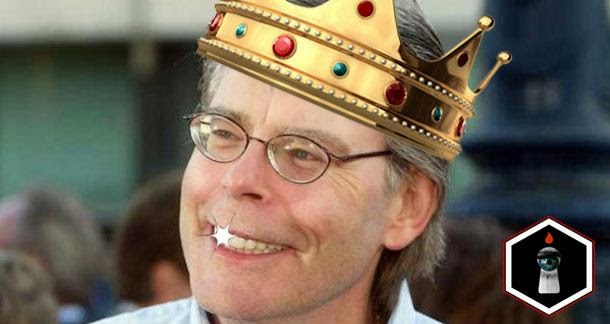 WITH MY APOLOGIES TO HIS HIGHNESS
By Dan Dillard

Carmen had on that same damned blue dress. She thought she looked fabulous in it, but it was old, somewhat out of style and had a few picks in the fabric. There was nothing in particularly wrong with it, but she had nicer, newer clothes. Clothes that didn’t make her look poor. Joe knew they weren’t poor. He worked too hard for too long for that and he knew it. The dress gave that impression. Joe didn’t want to give others that impression.
“You finished packing?” he asked.
“Yep.”
“Got your face on?”
“Yes, Joe. I’m ready in two minutes. Go ahead and take the suitcase to the car,” she said.
He did as she instructed. He knew there would be another suitcase, something small to hold her makeup, or the medicine, maybe a hair dryer and various other electricals. They still had three hours and the Indianapolis airport was only a forty minute drive. Plenty of time.
She appeared in the garage as he was slamming the hatchback shut. As expected, she was carrying a purse and one other bag…the accessory case she called it. He took it, opened the hatchback and tossed it in.
“Ready,” she said.
“You look great, Carmen. Top notch,” he said.
She hadn’t looked top notch in decades, but he had never a prize himself. At one time he thought she had been, so he always had a compliment. Carmen smiled and gave him an aw shucks look. Thirty years ago she would’ve blushed, but she was past that. Any red on her cheeks was applied. He opened the passenger side door and held it for her to get in.
“This is so exciting,” she said.
Joe wasn’t as enthused, but he nodded, catering.