My Beautiful Suicide. An Interview With the Somewhat Cryptic Atty Eve.

How's it goin? Tell me a quick bit about Atty Eve.

Uh, great. Okay, I am a writer and a business owner and a wife and a mom. Don’t ask about the business, the partners would be embarrassed to claim me.

I'm a huge skeptic...Do you believe in ghosts?

I believe in demons that pose as ghosts. My views start arguments so let’s move on.

Does one have to believe in ghosts to be scared by a ghost story?

I think it helps. Otherwise it’s not believable, but if it’s a well written or played out ghost story it can make believers, or at least doubters, out of skeptics.

Let's just get right to it... You've got a new book coming up, right?

It’s called My Beautiful Suicide. It’s about a girl whose life is crap. He brother died in a car accident, her father left her mother for a tramp and her high school bully is relentless. But it wasn’t until she accidentally kills someone that she decides enough is enough. She knows suicide is selfish so she comes up with a plan to be killed by the local serial killer, The Poser. Her problems increase when she goes on her nightly runs to find The Poser and she gets attacked, instincts take over and she ends up killing her attackers, making herself a serial killer. And I could tell you more, but why spoil it? 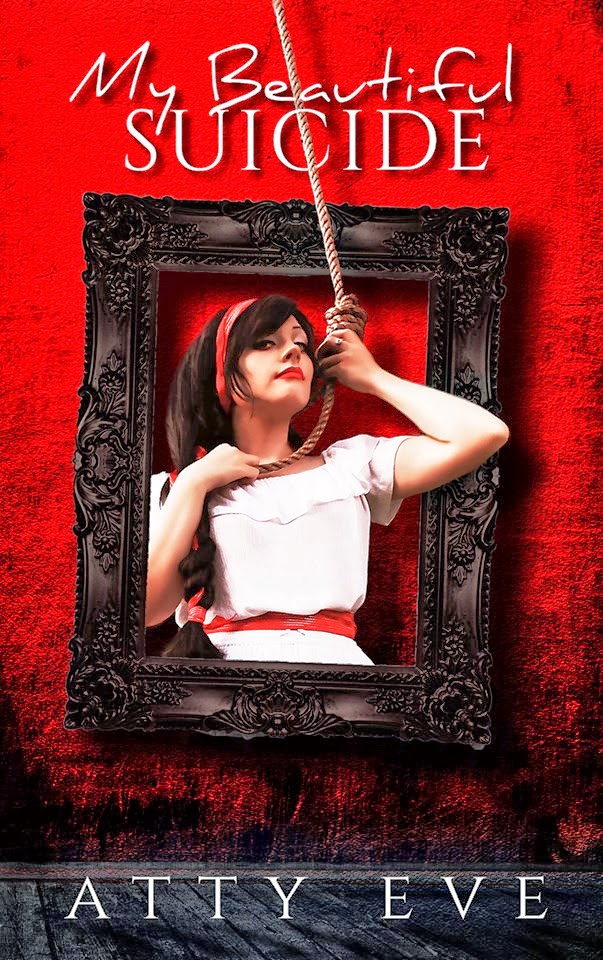 What/who influenced you to write?

The voices in my head.

What/who influenced you to write horror?

The voices in my head. Just kidding. Actually it’s easier for me to write on the dark side than anything else. My mind drifts that way, always has, but I have to keep it in check otherwise my house would look like Oddities decorated it. My husband would not be happy.

Is horror/supernatural your “chosen” genre or will you tell other kinds of stories using others?

Most of my stories start out normal but as the plot thickens it darkens. Like I said, my mind drifts that way.

Are there any writer's you've shared a table of contents with that blew your mind? Or, is there a writer you want to share a TOC or maybe coauthor with?

I would love, love to write with Neal Shusterman. He writes young adult. It has got to be very dark and twisted in his mind. His Unwind trilogy is the most non-gruesome, cringe worthy, story I’ve read in a long time, it’s awesome.

Stephen King said something like, “If you wrote something for which someone sent you a check, and you cashed that check and it didn't bounce, and if you then paid the light bill with the money, I consider you talented.”   Do you believe that?

I know many people who pay their bills with crap and many talented people who create because they love to. Talent is in the eye of the beholder.

Similar question: How do you judge success as a writer? Are you successful?

When I sell my first book to someone I don’t know and they don’t return it in shreds, then I’ll be successful.

My Beautiful Suicide it the first in a five book series, so editing. I have lots and lots of editing to do.

Last question... is there a book/film/music that you can't live without?

I’ve lived abased and I’ve lived abound and I’m happy either way. To be honest I can live without almost anything. That’s the problem with being passive. Or is it called sociopathy?

And where to buy—