In honor Halloween... in honor of horror films and creepy masks and trick or treating... In honor of gorging ourselves on Reese's cups and SweetTarts and Nerds and Gummi whatevers... In honor of the Coffin Hop... I came up with this little ditty.

Brush Your Teeth
by Dan Dillard


A warm, inviting smile greeted them, one by one, as the costumed youth of the inner city filed through the dentist's office. Smiling jack-o-lanterns adorned the wall, along with the words

"What are you? Ooh, so scary. Don't let this stuff rot your teeth, now," the DDS would say. "My advice would be to throw it all in the trash, eat some broccoli." Then he would chuckle as the children grimaced. One by one they would dump their plunder into a plastic tub for x-ray, then wait impatiently for it to be returned to them.

"Clean bill of health," the dentist would say to each one, patting them on the head. Some would thank him, others were shy. Monsters of all shapes and sizes came that night.

"Delighted you could come in," he said to one mother.

She beamed. "Thank you for doing this. Couldn't believe it when I saw it in the paper. You must have hundreds of kids each year in the city."

"First year I've done it, but it's nice to provide such peace of mind. But you really shouldn't let them have candy."

His last words were scolding, but still with a smile.

"Oh, a little won't hurt them. A few pieces a day to celebrate the holiday?"

The dentist only smiled, and then ducked behind the scenes for a moment to scan a batch and then give it back to the child, that one a vampire with cape and all. The next one was a princess in a pale green dress with sequins and sparkles. She waved a tiny plastic wand at him and said, "Trick or Treat!"

"Oh, definitely tricks. I much prefer tricks to treats. Would you like to see one?"

The little girl nodded with enthusiasm. The dentist pulled a tiny pink toothbrush from his pocket and waved it at her, then waved one hand in front of the other and it disappeared. She smiled a wide grin, missing two teeth.

"Why, you don't have enough teeth to brush," he said.

She nodded her head then asked, "Where'd it go?"

He pulled it from behind her ear as if it had been a coin at a magic show. She grinned again and grabbed it from his hand. Then he reached behind the counter and pulled out the tray of candy and poured it back into her bag and sent her on her way. She looked back at him and waved before entering the safety of her father's arms. The dentist made a face to make her laugh.

A young boy, dressed in wizard's robes with a pointed hat and a rather elaborate magic wand approached. His costume had been home made with the utmost care and was impressive.

"Can you cast a spell for me?" said the dentist.

"I can make all this candy disappear," the boy said smiling.

He had freckles and braces on his teeth. His brown hair hung in a mop, partially obscuring his eyes.

"Can you?" said the dentist.

"Well, let me check it first." 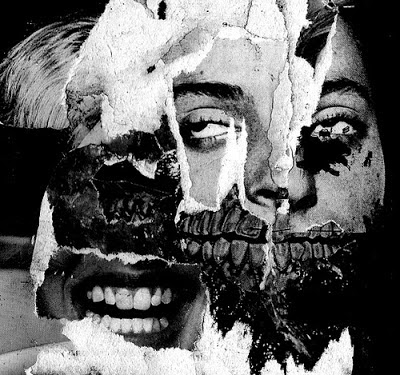 The boy handed the bag over and the dentist poured it into one of his plastic trays.

"I'll be back momentarily," he said.

"Can I come watch?" the boy asked.

"No, I'm sorry, but the radiation is dangerous. Back in a moment."

He said the words with a smile, but his voice was firm, meaning business. The dentist walked with purpose beyond the door that opened between the waiting area and the examination rooms with the tub under his arm. The young wizard stood in the lobby, bouncing with excitement.

The dentist passed two pairs of exam rooms. In each, the chairs were positioned perfectly, the tools sterilized and packaged and laid out on their stainless steel trays, everything polished to a spotless shine. In the back, he unlocked a black door and walked inside, flicking a light switch. The fluorescent bulbs in the ceiling fixture flickered, strobing until they warmed up to cast their purple-white light on the room.

A pile of candy lay on the floor in one corner. It had reached two feet high and three feet from the sheetrock wall. The opposite side of the room was lined, floor to ceiling with shelves, each stacked with plastic tubs like the one the dentist held. He looked in the one he was carrying, gauging how much candy was inside, then dumped it on the pile in the corner. Then he went back and pulled one off the shelf that held a similar amount.

"Have a seat, open wide. You'll find a special treat inside," he sang.

It was a catchy jingle that he repeated as he locked the door and walked back to the waiting area. His words turned to whistling before he popped through the door to find the wizard boy waiting.

"Here you are, son. Clean bill of health."

The boy left out the door, letting in several other children and their parents. With each case, he followed the same process. The same process he had followed with all the children that evening. The last child came in about 9:15 pm with a bag of candy. She was blonde, with cute little pigtails, and dressed as a pirate.

"Ye be the most terrifying pirate on these seven seas," he joked.

She smiled, but was shy and didn't speak. When she was gone, he stepped out onto the sidewalk and watched for five full minutes, waiting in case another car might pull in, but none did. The dentist laughed as he walked back inside the building, locking the front door and pulling off his human mask. The illusion inside the building vanished along with the mask and soon, all that was left was a shiny, black-skinned demon with horns to shame a Texas steer. He pulled off the khaki pants revealing his cloven hooves, backwards leg joints and slithering tail. His muscles rippled as he roared with laughter, clopping back to the locked room.

The pile of candy was still there, a mountain of sugary sweets. The monster took a handful and shoveled them into his mouth. Then another handful and another and another. Rainbow colored saliva poured from his lips and ran down onto his shoulders as he ate. Tens of thousands of pieces, the work of hundreds of children gone into his gullet, his belly expanding like a balloon on a helium tank.

"Trick or treat," he said as he finished the pile.

The demon waved on massive clawed hand at the floor and a staircase opened, leading down to a fire lit tunnel. He navigated the steps cautiously, a pendulous belly shifting from side to side, him laughing the whole way.

"See you next year, children," he said, and then was gone.

It was only minutes later when the phone calls started, parents who had spent the last few hours at the emergency room with their children. Tongues and lips and gums impaled with needles, swallowed razor blades and buckets of blood pouring from tiny mouths. Angry fathers banged on the windows while their wives attended to the maimed and sick children.

They shouted and kicked where door to the dentist's office appeared to be only a short while earlier. Some kids were poisoned. Some choked on metal, or drowned in their own blood. Parents were outraged, demanding answers, but none were to be found. Deep in the bowels of the underworld, the demon chuckled. His belly full of candy and sweet, sweet pain, he would wait for a year before surfacing again to enjoy the ritual. It would be a new place and different, unsuspecting families.