A Chat With Lisa McCourt Hollar... and zombies!


Welcome to Coffin Hop day #4! The Spooktacular last night was a success...wish you coulda been there. But since you weren't, here's a quick interview with another creepy writer, Lisa McCourt Hollar. Not only was she nice enough to have a quick chat with me, but she sent a story along as well. Read on and Happy Halloween!

Why horror?
Why not? Really, I don’t know. I loved horror as I was growing up. I would spend weekends watching Friday the 13th and laughing.

Clowns, zombies, Santa Claus... Santa Claus?! I see a handful of
Christmas related stories in your arsenal. Was there a certain toy you
didn't get when you were a kid?
No, actually I was kind of spoiled as a child, but come on, an old man that asks kids to sit on his lap and tell them what they want for Christmas… it’s just too easy.
What scares you?
Something happening to my kids.

What do you do for Halloween: Costumes and parties? Scary movies?
Murderous rampage?
We watch a lot of scary movies and I take the kids trick or treating. This year my daughter is going to be Vampire Snow White and my son is a zombie. I’ve cut back on the murderous rampage since I’ve become a mother.

Do you prefer 'main stream' books or do you read indie authors?
I read a lot of indie authors. Carole Gill, Sue Midlock, Steve Emette, Timothy Hobbs, Pattie Larson and Mark Stone are some of my favorites, just to name a few.

If you were stuck on a desert island with a monster and a shotgun...
first, what kind of monster would it be? Second, would you shoot it, or
let it hunt you to keep things interesting?
Werewolf. Its sense of smell could help us find food. I wouldn’t shoot it, since I would only need to worry one night a month, but that night I would certainly go and hide.

Who influences you as a writer?
My husband. He’s constantly challenging me to improve my craft. He’s a writer too, so we bounce ideas off of each other and sometimes compete in competitions. It’s all fun, but a challenge sometimes because he is more proficient at the English language than I am and he knows it. Fortunately I think I’m more imaginative, lol. 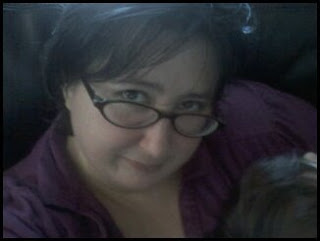 They stood in a row; Moon, Walker and the un-named grave. In the light of day it was a curiosity. Tonight would be another matter. Any living visitor remaining after dusk would see the three, not quite dead occupants of the graves rising from their place of rest.

Hecate, the goddess of witchcraft stood within the shadows as the last straggler left. “It is time,” she called, stepping like mist into the waning light.

There was a slight rumbling and a hand thrust up from beneath the first grave and then another from the second. Clearing her throat, Hecate pointed a finger at the third, unmoving tomb, her voice warning that this would be the last call. “It is time.”

The earth shifted and the occupant of the grave lifted his head. “I’m not feeling well. I think I will stay in.”

“I can keep you there permanently if you wish.” The threat understood, the un-dead servant pushed his way out of the dirt and joined the others.

“We have much work to do this Hallows Eve. Hades grows impatient. This world has forgotten the gods and he wishes to remind them of our presence.” 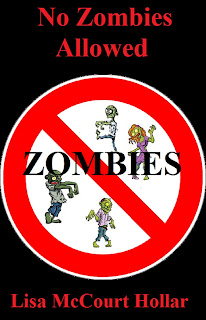 This is one story from the NO ZOMBIES ALLOWED collection. It is available for .99 cents on Kindle http://amzn.to/WQEJqU  Nook http://bit.ly/RfjWJA  Kobo http://bit.ly/TG6NbN  and Smashwords http://bit.ly/UjNcUj

Check out more from Lisa at her blog:  http://www.lisamccourthollar.com