Like Zombies? Meet creator of the Deadlands Films, Gary Ugarek. He's a busy man who is getting ready to release a film of a different sort-- THUG LIFE: All In The Game. His taste in films, cars and sparkly vampires is below.

Q. Actor, Director, Writer, Producer, Editor, Composer, Visual f/x... So these films truly are yours! Is this due to budget restraints? Or are you just a glutton for punishment.

A. This is mostly due to budget restraints. Actors and actresses are basically working for gas money, FX people take a good portion of the budget, but everyone else gets paid about $5.00 and a bag of cheetos. As I have expanded my network of people in the indie film biz I have been able to drop a lot of the titles I carried in the first two films. With All in the Game or as the distributor re-titled it THUG LIFE: All in the Game, I stepped away as main film editor, and let Habib Awan who was also a co-director of photography edit that film. I would just pass on notes to him, but that was a title I was able to drop. Also All in the Game doesn’t have a traditional film score, so That was another title I was able to step away from in respect to that film. 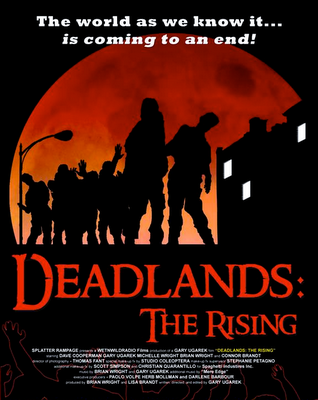 Q. Describe your style as a filmmaker.

A. I don’t really have a style, I just enjoy the brutality of the stories I do make into films. Romero definitely inspired the viciousness of the zombie attacks I used in Deadlands 1 & 2. The Wire, helped inspire All in the Game. It also helps I had 3 cast members from the Wire in AITG, but style isn’t something I lock myself into... Inspiration is more what I use.

A. Romero, Rodriguez, Tarantino... they are the regular culprits, but uh... Tony Scott, that is someone I looked up too. I am sorry he has passed on, but I have always been a fan, and while he was a very stylish filmmaker, it wasn’t his style that influenced me... it was the way he used the brutality of the stories as a look into the evil some people do.

Q. I see the Deadlands trilogy is coming to a close in 2013. Can you tell me about it?

A. I wish i could say it is coming to close... it was supposed to be shot and edited by now, but being that the script is so large it isn’t something I can do on $10,000 or even $50,000. I actually need a $1,000,000 at a minimum to make this flick, and I have been chasing the money to make it for 4+ years. So I don’t think Deadlands 3 will be even making it for a debut in 2013, if it happens, it might be closer to 2014 or 2015 at this point, and if it goes that far I will change the title, by taking the number 3 out of it and making it a stand alone entry. Actually all the current Deadlands films are separate entries, but being we’re already 4 years out from Deadlands 2, by the time we most likely will get this made it will need to have a complete reboot. 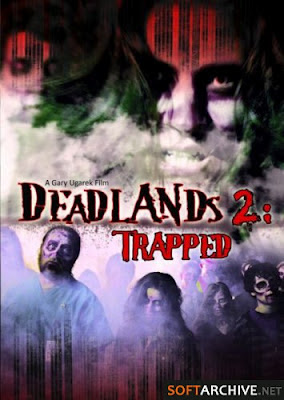 Q. Talk about All In The Game. Gangs, drugs...Are you switching genres? That's assuming horror was your chosen place, or is any story that catches your attention fair game?

A. I always wanted to make a zombie film, so those were first. When Deadlands 1 didn’t come out as I had hoped, I more or less rebooted it with Deadlands 2. While Deadlands 1 is very amateur film with weak story moments, it became this weird hit, so because of its underground following I had no choice but to call it Trapped, Deadlands 2.

All in the Game was something I also wanted to do. I dig gangster films, Urban, Mafia, Triads, whatever... So I said I had to get away from zombies for at least one film. Since I am not sure how long I could be a filmmaker I thought it was best to combine two things into one... a gangster film in B&W. I also wanted to shoot a film in B&W. However, like many filmmakers I have a million ideas a second racing through my brain, so any of those ideas that catches fire I run with it. Right now it is a short film Idea about a Baltimorian street Thug who became President. It is a dark comedy called DA PREZ. 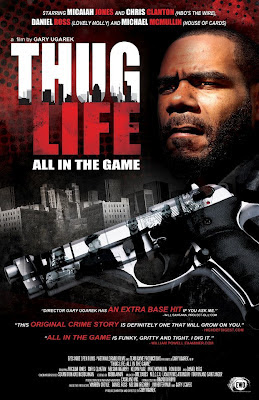 Q. Is film the only medium in which you work or want to work?

A. I also work in Quality Assurance for a regular job, but Yes, film is the primary medium I want to work in.

Q. How do you measure success? Are you a successful film maker?

A. Any filmmaker who has the balls to write a story, then get people together and shoot that story, edit it, release it, tour it, and get it distributed is a successful filmmaker. That is my personal opinion. Sure you can go and shoot 3 or 4 feature length films, but if you never finish them and release them what was the point of getting in the business. I can tell you many a tale of filmmakers I know who do that, and I truly find it sad because it tells me their heart isn’t in it. Sure I was upset and fed up while editing Deadlands 1 & 2, and I would then walk away for a couple of days but come right back to finish it. Sometimes you just need a mental break, but I find it to be rude and inconsiderate to have wasted peoples valuable time making a film, and then you end up shelving it. It not only screws you but screws them because they cleared their schedule to work with you, and here you took their time, and then shelved it, and they have nothing to show for it. So I always keep that in the back of my mind.
When it comes to Deadlands 2 a lot of the success is owed to my two co-producers Elias Dancey and Chris Kiros, along with our Director of photography. It was the look the DP gave, along with Chris and Elias on cameras that allowed US to make a kick ass uber low budget zombie film.

Q. What is your stance on indie vs. commercial film?

A. Whoooo, that is a good question. I still enjoy commercial films, but after sitting on major film sets, and being involved whether as an extra or whatever… I find there is just too much waste. So when it comes to commercial films I am starting to get tired of the same old same old. I went to see three films this year in theaters and was not super impressed with any of them especially the TWO EVENT films of 2012.

Q. Where does your love of Mustangs come from?

A. I dunno... I was always a fan of the 1982-1992 firebirds, but when i was 16 I bought my first 5.0 LX Mustang, a 1988 model and blew the engine in it within 3 months, went to a Camaro, another 1988 model year car, and then went back to Mustangs and just stayed there, although i did stray recnetly into a newer Camaro and a Challenger, but got rid of those and went back to Mustangs again. Just something about those cars.

Q. What's after All In The Game and Deadlands III?

A. I have a script I am working for a follow up to AITG, but I also have a Vampire screenplay that takes place in a town where the citizens are ruled by the Vampires. It is the last vampire clan, and they make an agreement with the towns people they will let them live if they promise to not let the world know they exist, and of course allow them to feed on the towns people. After years of their ruling, and becoming more sadistic and fascist in their take-over of the town, the local sheriff decides he is going to bring it all down, and does so with the help of some people who stop in the town to fill up on their way to a function for a friend in a neighboring state. He sees it as his best play to put an end to the tyranny they have been subjected too for years. It needs work because it only went through one draft, but it has been sitting there staring at me lately, but alas i think people are getting vampired out again. Hollywood has a way of killing off a genre simply by over-saturating the public with film after film after film, and then... they had to make them sparkle... Seriously? SPARKLE? Come on.
I mean to each his own, but what the fuck?

Q. Where can people find your movies?

A. The best place is Amazon. Brick and Mortar stores really don’t give the indie folks any love, even Netflix has been kicking some of us to curb. So Since Amazon carries my stuff I always am happy to promote Amazon. eBay is another source, or if I am at a convention... you can always hit me up. I bring a few discs with me.

Thanks for this opportunity to allow me to talk about my work and my films. It is appreciated.

THUG LIFE: All In The Game