I met Terry through Scare It Forward. (Look it up). Since then, she's introduced me to some colorful and talented people with ridiculous credits to their names, prodded me to write more than I ever thought I would, and taught me a lot.
She's a bundle of energy with a lot of vision and if her own accomplishments aren't enough, she's also the daughter of legendary film maker William Castle. If you don't know who he is, you have no business reading this blog :)
So I asked her to take some time out for this interview and here's the result:

Your resume includes books, television and movies, which one feeds your soul? Or is there another passion you need to feed?

Stories feed my soul! All kinds of stories. Laughing soothes my soul from the anguish writing or producing stories create. 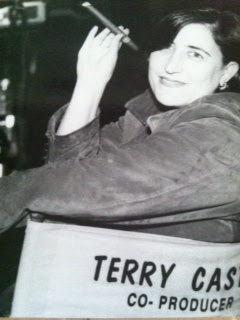 Why horror? Obviously, I know a big part of this answer, but it could have gone the other way, right? You could have rebelled against it—or did you at some point?

When I was little I refused to see my father's films. My sister and I completely protested and refused to go see any of Dad's horror films...but then a switch went off and I began to enjoy horror stories. Dad made them such fun. His eyes would grow wide, his smile devilish and I knew I was in for a wild ride as he began to spin one of his tales. And he loved to use me and my friends as guinea pigs for any potential movies. I started writing and producing at Nickelodeon-- I love the kid arena. My father also loved kid's stories. Perhaps the fairy tales we heard as children wet our appetite for horror stories.

Who (living or dead) would you like to have a drink with? (Big influences)

My Dad! He died when I was just nineteen. Definitely Dad. For so many reasons. 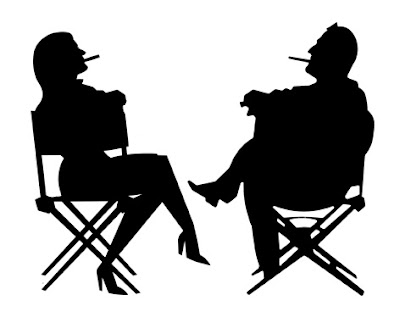 Any thoughts on the state of film, horror or otherwise? What would you change if you could?

Movie makers need to figure out how to get butts into the theaters again. And right now studios are not prepared to take chances. The risks are too big. And no exec wants to be the one who green lights a film in fear that it won't be successful. So you get these formulaic films. And audiences want to see something new and different. Studios can't count on even one big opening weekend. Since the rise of social media, audiences know reactions to films instantaneously and it means that a film can die before it even has a chance. It would be great to see something wildly different-- in horror as in all film.

Women are taking charge and taking the horror industry by storm—books and film, especially independent horror films. I think they are presenting a point of view far different from the token scream queen or damsel in distress and it's a breath of fresh air. Why do you think women in horror are important?

In stories, women can be anything the writer wants them to be. I am tired of the scream queen or damsel in distress--but we have also had Ripley from ALIEN. And she was one tough heroine. But I am delighted to watch horror films directed by women. It seems that their perspective is so seductive and visual. Funny, but it seems that women telling horror stories are not afraid to bare their souls and leave it all on the page or on the screen.

Favorite place in the world?

What’s the favorite project that has your name on it?

You are going to laugh ... Nickelodeon's Toy Run. It's where a kid gets to run through a toy store for ten minutes and grab anything he or she can. Nothing ever has been as much fun as filming this!

Is there a past project you would like to forget?

All of them. It is so difficult looking back on your own work!

What are you currently working on?

I am currently developing a movie from a novel by the Sci-Fi writer Frederic Brown-- The Mind Thing. This wonderful writer has written a first draft. His name is Dan Dillard--heard of him? (snicker- I was NOT fishing for this compliment, but thanks!) 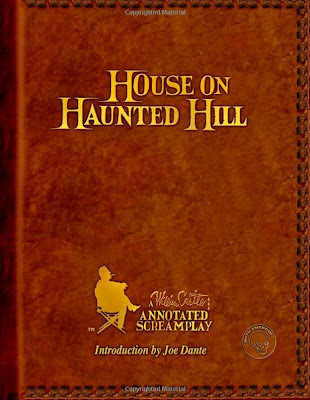 Where is your work available?

My films are always on television and can be purchased on line. My books can be bought on amazon as well as www.williamcastle.com