Not bad. So you can see why I was excited when she agreed to answer a few questions for me. (her responses in bold print) 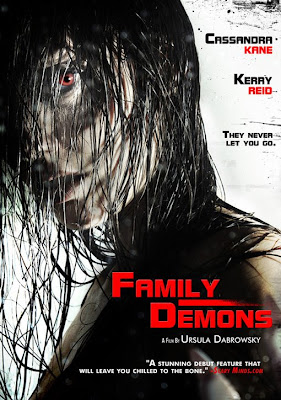 She credits The Grudge, from Takashi Shimizu as the catalyst for her choice of horror as a means of telling stories.
“…everything changed for me. I knew that the horror genre was the one that would best suit the kind of things I wanted to say with film.”

I can’t wait to see what the next installment looks like.

Congratulations on the success of FAMILY DEMONS. It is now available on good ol' Red Box, so everyone go take a peek!

Was Family Demons always planned as the first of a trilogy? Is the story complete, or do you work on them one at a time?

The trilogy is not linked by recurring characters (although one of the actors in FAMILY DEMONS does make an appearance in INNER DEMON) or linked as direct sequels or prequels to each other but just share thoughts and experiences that basically revolve around concepts of the family and the various dysfunctional states that they can operate in.
I work on each film one at a time and each story is complete-ish. I say that because there could be a Family Demons II one day. You’d need to see the film to see what I mean!

It isn't light viewing… there's some tough themes in there! Is there any of you in the storyline, or people you know? Or is this the product of imagination?

From the press kit, Director’s Statement: “The idea for Family Demons was based on several newspaper articles I had read about angry teenagers retaliating against their abusive parents. Since we shot the film, there have been more stories in the news about how evil some parents are towards their kids.
Family Demons is not a splatter film like Hostel or Saw. Instead, I wanted to make a different kind of horror film, a more character-driven, psychological story that is influenced by the stylistic qualities I found in J and K horror films. I also wanted to play with the main character’s reality or her perception of reality”

But essentially, my ideas are about motivated by my own anger about the horrible things people do to one another. 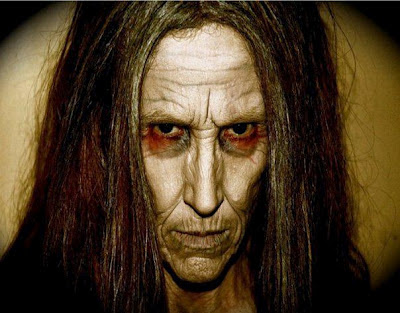 Can you give us a bit of info on Inner Demon? Release date? Story tidbits? How does it relate to the first movie?

Inner Demon is currently in post (pix editing) and we hope to release it in early 2013.
Regarding the elements that thematically link Inner Demon with Family Demons, which stars Sarah Jeavons, Andreas Sobik, Kerry Reid, Todd Telford with its predecessor and planned follow-up, Byrne observes, “Even before I came along, Ursula had already planned a trilogy. FAMILY DEMONS was the first, INNER DEMON is the second and the third is DEMON HEART, which she’s already got in the early planning stages. The connection is definitely the idea of family: family protecting family or family abusing family are very strong themes with Ursula, and she wouldn’t hesitate in saying that her life is in these films in many respects. And what we have been noticing, which is really interesting, is that certain little motifs in FAMILY DEMONS have come through in INNER DEMON, and then we have to get the motifs of INNER DEMON into DEMON HEART—for instance, broken bottles and hammer deaths and things like that. Some of these have just occurred as we’ve gone along. Overall, thematically, it’s very much about abuse, and an abused young girl getting her own back. This is the theme that will be recurring through all three films.” 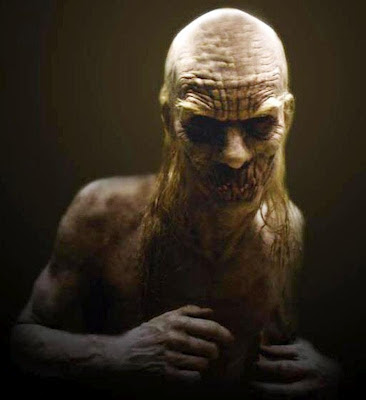 I'm glad to see so many women making films, especially in the world of horror, because I think it's bringing new life amidst the glut of remakes and reboots. What made you decide to be a film-maker?

I wanted to be a writer since I was 12 years old. It was only when I went to university that I met someone who told me that filmmaking was the 20th Century art form and that I would reach more people as a filmmaker as opposed to a novelist. That was the main reason I decided to try film. Then, when I started making films, I enjoyed the collaborative aspect of it. Still, I am a writer, first and foremost. To me, the script is everything.

Who are your influences?

The horror films I enjoy most are coming out of France, the UK, Spain, and South America. Films like Pascal Laugier’s Martyrs is at the top of my list of horror films that has influenced me the most. 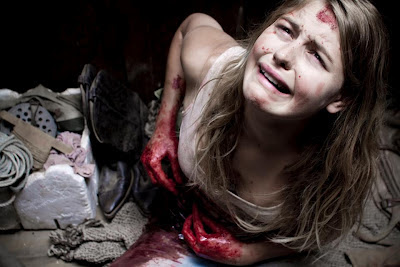 How do you measure success?

I look at filmmaking in the same way that I look at learning how to play an instrument. It’s a craft and you only get better at it the more your practice. I feel successful with my films if I think I’m getting better at it and I think I definitely am. So I’m happy about that.

What do you think about the future of filmmaking given the huge boom in independent projects, video-on-demand, streaming video services, etc?

There will always be a demand for great storytelling, whatever the platform. The operative word is ‘great’. I’m aiming high and I believe if I do, I’ll be able to keep making films that people want to watch.

Any hobbies/charities/ or anything else you'd like to mention?

Road trips and drinking with my friends. That’s all the time I’ve got right now. I’ve got a film to finish! 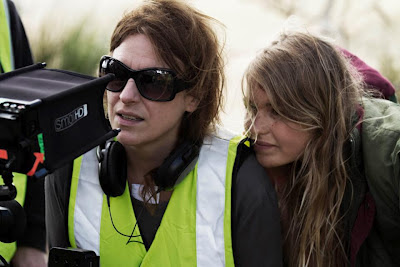 Thanks so much, Ursula. Best wishes! Can't wait to see what you have in store for us.