The old garage was grungy. A friend of his Dupree’s owned the place, and gave Hayward a key so he could work on his own stuff, although he hadn’t had a car of his own for over a year. He’d used it before to bring his women. Some of them had found it sexy in a dirty way and given him just what he wanted. A couple had complained and refused to enter at all.
Tools and oil covered work benches lined the walls. An old Buick sat in one of the two bays. It was in for some transmission work. One overhead light was on, revealing the hunter and his prey. She had entered willingly and had given him just what he needed, a drunken blow job with no expectation of payback. He would’ve let her go in hopes of future encounters, but the boss was a demanding evil bastard. 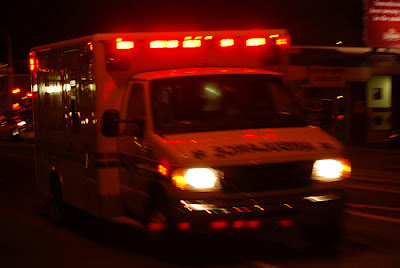 Hayward Dupree stared at the young girl. She wasn’t a child, but had to be ten years his junior. Her tight t-shirt was grimy and soaked with sweat—some of it hers, some of it his. Her short skirt hiked up around her waist, showing her red lace panties. She’d given up any remaining modesty to exhaustion. Years of alcohol and drug abuse had ruined her skin and runny mascara and heavy makeup did a poor job obscuring it. Underneath it all, he thought she might have been attractive once.
He looked at her, working on the plan in his mind. A quick turnaround might buy him some leeway with the boss. The drugs and alcohol played with his logic. It was too late to let her go.
“You know what your problem is?” he asked.
She whimpered through the rag that was duct-taped in her mouth. Then the tears flowed again. His words slurred.
“Nobody cares. That’s what your problem is. I’ve seen you in that bar a million times. You get handed off like a football in a pickup game. If you had as many pricks stickin’ outta you as you've had stuck in you, you’d look like a fuckin’ porcupine.”
He laughed at his analogy and then knelt down close to her face, placing his knuckles on her cheek in a way that might have seemed caring in any other situation. Then he checked the duct tape that bound her wrists together, holding onto them with one hand, while he drew a six inch boning knife from its leather sheath.
“I’m doin’ you a favor, sweet thing,” he said.
His eyes grew wide as he wiped the sweat that had beaded up on his brow. He gritted his teeth and then stuck the blade in between two of her ribs, just behind her left arm. Blood poured from the wound, and the sickly sucking sound of a lung collapsing kept him company between her gasps and struggling.
“You see, your life will mean something after all. In just a moment, you’ll become the property of my friend, Reginald. He does amazing things with the dead.”
Then Hayward left the girl, knowing in moments she would suffocate or choke on the blood. He pulled a beer from a refrigerator in the back and downed it.
-~^~--~@
When Reginald saw the corpse, he fumed.
“One rule, Mr. Dupree, and you’ve broken it.”
“I found her like that,” he responded.
“Do not lie to me, sir. It would be bad for your future. Not that you have much of one anyway.”
“Fine. She’s a hooker, drug addict. A loner. Trust me, no one will miss her.”
“Obviously.”
“You can cremate the body.”
“Yes, yes I can. But I swear this to you: I will turn you in if anyone comes poking around about a dead prostitute.”
“Right. And who will bring you the food?”
“You, sir, are nothing special. Replaceable.”
Dupree shrugged off the threat, then sucked his teeth with his tongue, starting to feel the cotton mouth set in.
Reginald looked at the dead girl on his stainless steel gurney again and chuckled.
Hayward nodded. “What’s so funny?”
“Predictability, Mr. Dupree. I could’ve sketched a picture of this woman thirty minutes ago. All of your companions appear to draw from the same well.”
“Food. It’s just food. You want it washed and organic, then there’s strings attached. Families and police.”