Guest Post: On Scaring and Being Scared By Suzi M 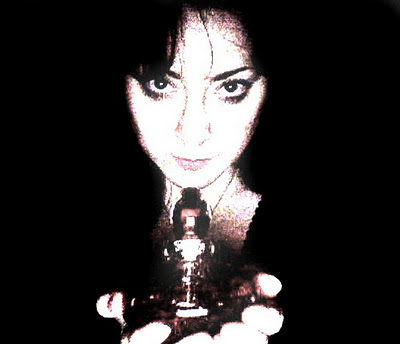 From the time I was in elementary school, I loved horror stories. Unbeknownst to my mother, I was reading the copy of ‘Salem’s Lot she had hidden under her bed when I was in second grade. My favorite quiet reading time book in third grade was a book about the monsters of classic cinema (Bela Lugosi as Dracula was my favorite… are we seeing a pattern yet?).
Becoming a horror writer didn’t cross my mind until high school, however, and it was only via the trickery of my AP English teacher in my senior year that I started writing my first novel, NEMESIS.
Our class got issued laptops. Today that sounds pretty cool, but back then a ‘laptop’ was a horking huge beast of a box that weighed a ton. An antique typewriter would have been easier to carry around. I hated the laptop on sight and refused to do any work on it. My teacher told me to ‘just type one sentence’ in the word processing program. Anything I wanted. What I typed later became the first sentence of Chapter 1 in NEMESIS. My teacher read it and urged me to write a paragraph. I did, and then a page followed. Then ten. Each day she would read over what I had written the night before until finally I had a small novel. When I typed the words ‘The End’ it was in self-defense. I was tired, and had barely slept the entire school year, and really didn’t want an unfinished book hanging over my head when I walked on stage to get my diploma.
After I graduated, I shopped the manuscript around and got some very nice praise in the form of rejection letters. My favorite rejection was from an agent in New York who said ‘Your writing is very good, but the manuscript is too violent for a love story.’ Funny, I thought, because I had written a horror novel and not a romance. I double-checked the genre label on the cover page, and re-read my book to see where the hell this agent had gotten the idea that there was a romance hidden in there. Try as I might, I really couldn’t find it. There was blood, gore, violence, and general abuse of characters in ways that no author should be allowed to inflict.
During my college years I continued the story to include a second and third book, each one more violent than the previous one, just to make sure there was no genre confusion. In LAMIA there is probably enough blood to fill a bloodbank. By THE TOWER, all hell breaks loose. There was even a screenplay that I’m happy to say got an A and the comment ‘This was so over the top that it was perfect.’ scrawled across the top of the screenplay. I never told my professor that I had written the entire thing the night before it was due. 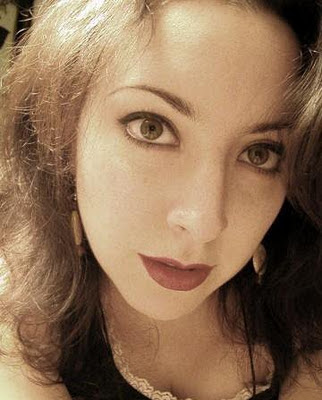 Since then I’ve gone on to write quite a few stories, but I always run into a small wall with the opinions of the general public. There are readers that have friended me on Facebook and we’ve had some awesome discussions about inspiration, etc. They ‘get it’.
Then there are readers that I suspect all writers run into. These readers are appalled that a woman can write such violent material. Personally, I’m appalled those particular readers bothered to pick up a vampire horror book if they were expecting more sex and less blood-sucking. It would be like me writing an angry letter to Stephen King because IT scared me, but there’s a clown in there that’s actually a giant alien spider, which are two of my biggest phobias wrapped in one – but I knew what I was in for the second I picked up a book from the horror shelf. I didn’t open it up in hopes of NOT being scared, so why would someone pick up my vampire novel expecting that an immortal parasite would be glittery and stalking girls in high school?
After hearing ‘Vampires? Oh, you mean like Twilight?’ one too many times, I decided it was time for a change. Since then I’ve written quite a few short stories and novellas, all within the horror genre, but this time sans vampiric activity and characters.
I even went so far as to write an apocalypse novella, which was perhaps the scariest thing I’ve ever written. The Lazarus Stone (Conspiracy Edit) took months of research, hours of examining maps and roads, and delving into how to build not only a bomb shelter, but a fallout shelter with schematics based on a nuclear assault that would level at least a 20 mile radius with a direct ground hit. I found the government websites to be woefully lacking in their recommendations for safety during a nuclear assault, and I even contemplated installing a fallout shelter under our basement. Sleep didn’t come easily during the writing of that story, and my readers, friends, and family have all tagged the story as my best work yet. Personally? I would much rather stick with monsters and mayhem from now on. Writing horror that could too easily be a reality was far too scary, even for me.
Find Suzi M's work here.
Email ThisBlogThis!Share to TwitterShare to FacebookShare to Pinterest
Newer Post Older Post Home