Introducing Horror to Your Kids by Marcy Italiano

Ideally, you want to avoid having child services knock on your door, but you’re dying to introduce your kids to some horror. The last thing you want to do is traumatize them, but if you have to watch Strawberry Shortcake one more time, you might lose even more sanity. So what do you do?

Let’s start with a fact that we already know. Children are already afraid. Between the ages of two and three, children will develop fears that will seem outlandish but are VERY real to them. Suddenly you will find that there are monsters under the bed/in the closet, ghosts on the ceiling, giants that will stomp on them, and then every day fears of dogs, the dark, strangers, and loud noises pop up without notice or reason. There might be a week where sleeping without a light is fine and then they need a night light for a few weeks, and then they grow out of it again. As caregivers, we have to roll with it and help them through these stages.

Once they’re a bit older, they can handle more concepts and will be able to accept that some things, although scary, are not real. But that’s getting ahead of where I want to start. 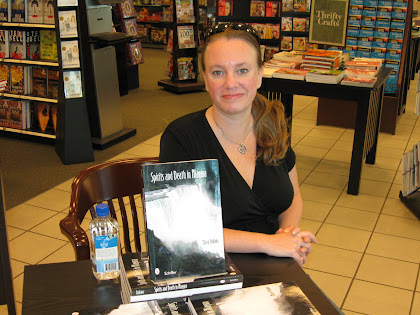 Here’s why I think children need horror in their lives: they need to know that monsters can die. They need to know how to deal with fear and put it in its place. I have perched on the couch with my boys, holding their hand and letting them close their eyes while I explain what’s going on in this episode of Scooby Doo. I tell them I’m going to be brave with them, and to hold on a little longer. And whaddaya know, it’s just a dude in a costume at the end! It’s not a REAL monster! When they see the episode again, they are confident that it’s just a man, and they watch how everything is revealed.

It got me thinking about the horror influences when I was a kid, what was considered acceptable, not REALLY horror, but full of classic monsters:

We even had Count Chocula, Frankenberry and Boo Berry cereals!!

This is not a full list of course, feel free to comment and add more of your own childhood spooks! Did they make you laugh, or do they still torment you?

Now, what do we have available for our kids today? There are always new Scooby Doo shows and movies coming out, and as much as the parents might despise the break from traditional Scoob, the kids still love the new renditions. We also have moves like Monsters Inc. (and part 2 is coming!), and Sesame Street is always introducing new monsters as well as keeping old Cookie around. I’ve heard Monsters vs. Aliens is good, although I haven’t seen it myself. There are also hoards of Halloween books to choose from, which are easy to find but I’ll include a quick link here: http://goo.gl/fALyb

Of course, we’re counting down to Halloween. You child might want to be dressed as a princess, but you’re going to come across some scary decorations on your way along the street. Perhaps you can take some time to talk about the human anatomy, the fact that we have bones under our skin called a skeleton might make them more curious about the skulls they’ll encounter. Talk to them about Egyptian Mummies, and show them pictures. Take away the shock of the images they’ll see in the dark, prepare them and decrease the fear.

I’d much prefer to create a confident, new little horror fan than watch them piss their pants.

Most importantly, know what your child can handle. Pay attention to their reactions and if they tell you something is too scary, put it away and try it next week when it might make them laugh.

For the parents who would rather not have ANY scary things in their child’s life, for the ultimate protectors, I understand how you feel. It’s tempting to keep them away from the big, bad scary world forever, but that won’t help them cope with it. They need to know how to deal with fear, and they need to know that the monster can die.

Help them kill the monsters, introduce them to a little bit of horror.

For more info on Marcy, click the title of this post or the links below:
Web Design - http://www.theweblizard.com
Writing - http://www.marcyitaliano.com