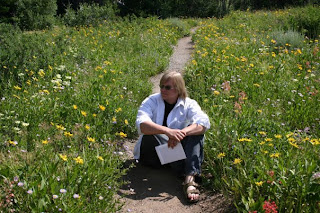 When I was young, no more than five, my family would spend summers at "the beach house" in Gulf Shores. A wealthy uncle owned the place, and he would invite us up for a week each July. In my mind it is still a happy childhood sort of place, one full of water balloon fights and weenie roasts and frisbees. But the house itself was the main attraction. It was massive, a cinder block mansion just a few feet above the sand. There were more rooms and hallways than my child's mind could conceive -- rooms with nets on the walls, rooms with ships in bottles, bedrooms upstairs with balconies and views of the ocean, and all of them were lovely. It was a new and exciting thing just to walk down the corridors, peering into unfamiliar closets and hiding beneath strange beds.

I do not remember being frightened in the daytime.

But night came down as it always does, and my five year old self lay awake beside my parents' bed. I remember getting up. I remember the decision to go exploring, and at first it was fun. The moon was bright, the mansion was mine, and I was free to go where I pleased. Unfortunately, I decided to go downstairs. The windows were on the wrong side there, so the moon could not show through. The darkness closed in around me, and suddenly I could not move. I could not think. I was very nearly lost forever in a blind place, with only the wind and the sound of surf for company. 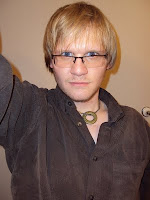 So imagine that far childhood place, lost and alone and without help. No one is awake. No one can hear your. The things in the darkness are coming.

That is where my horror comes from -- a very personal fear, and a very distinct memory.

So how to convey that primal dread? How to give the reader a sense of helpless terror? Far too often, storytellers assume that the monster is enough. They name it "zombie" or "vampire," and so named the creature goes about clawing and biting its way through a cast of characters.

But the monster is not enough. It is not the thing that frightens, but the experience. Let the reader feel the phobia. Let him sense the oppressive dark, the creaking stair, the shadow of the figure behind the door. You can fill that space with whatever creature you like because your reader is already frightened. Remember, the fear lives in the tension. That is what you've got to write.

In my own work, the experience at the beach house found its way into my first novel, "Ghosts of Suburbia." The scene involves my main character, a high school student named Jared, lying awake in bed. He's just watched his best friend Andy die in a car crash, and he's having trouble finding sleep. As you read, try not worry about the lack of context. Rather, pay attention to the feel of the thing. The mood is what you're going for, and this is the most successful example from my own work:


Jared lay in his basement and stared at the darkness.

The clock radio claimed that it was 7:00 am, but Jared did not trust it. The digits were LED crimson, not at all the comforting green of the microwave in the kitchen.

There was no answer. No whisper. The dark was a box, and there were moving parts inside. They clickslithered and breathed and shuffled. Something might have spoken at any moment.

“I remember a time,” said Jared, “When I was very small. We were in a house — it was Uncle Jack’s and Aunt Beverly’s. We were visiting for the weekend, and I was lying on blankets on the floor, not sleeping. Mom and Dad were on the bed above me, but I couldn’t hear them breathing. I called out to them, but they didn’t move. And when I stood up they weren’t in the bed.

“I’m sure they were really there. They were just buried in the blankets. I couldn’t see them because it was dark, so little kid me knew they were gone. So I got up, baggy t-shirt and underoos, the wood floor cold on my feet, and I went into the hall. There was only moonlight through the windows, and it put a blue tint over everything. Nothing moved. I was the only one awake, the only one breathing, and I just wanted someone to say that it was OK, that I could go back to bed. But Mom and Dad weren’t in bed. I was all alone.

“I tried to be quiet because it felt wrong to make a noise. Like I might make something angry. Like the moon might come in through the windows and yell at me to shut up, and it would have a face like a worm and a dog, and if that happened I would cry forever, and no one would come to find me.

“So I kept moving. I went one stair at a time down to the first floor. There were vases on unfamiliar tables. There were flowerpots rocking next to open windows. I went through the dining room and into the living room, and monsters were hiding behind the furniture. I could hear them laughing. I could hear their jaws working.

“It was cold. The draft of the house brushed the hair on my legs, and I put my hands onto the glass of a coffee table. I was finally too scared to go forwards. I had been too scared to go back from the time I first got up. I could only stand and scream and hope that someone would find me, someone besides the monsters and the moon, and that they would have a human face.”

The silence in the basement was noncommittal.

“I know that you’re listening,” said Jared. “All of you.”

He rolled over onto his side then, and tried not to imagine breathing behind him, and tried to sleep.

Red shadows gathered in the corners of the basement as Jared lost consciousness. They huddled beneath the bed. Behind the stairs. They seemed to move of their own volition.
Email ThisBlogThis!Share to TwitterShare to FacebookShare to Pinterest
Newer Post Older Post Home