I am not a horror writer, I just happen to write horror stories… 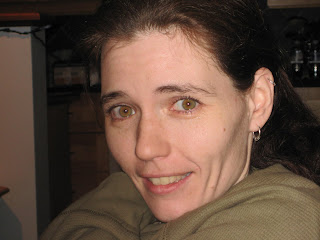 I started writing horror about nine months ago. Up until that point, I’d been doing non-fiction pieces which went nowhere fast. The irony of my turning to horror is I do not like horror per se. I am not the type of person to run out and grab the new book about spores taking over our mind, or aliens eating our ear canals.I will however go out and get the newest comedy book, or collection of short stories real or imagined.
As a result of working within this community of horror writers; I have learned to respect horror, and the more I write it, the more I read others work. I do notice a decrease in my sleeping patterns, and a rise in my paranoia, but that’s not the point. 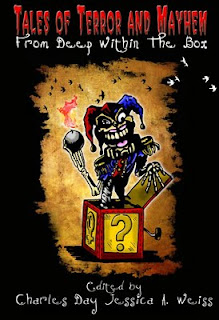 The genre is something which definitely takes creativity, forethought, and the ability to find what scares people and then manipulate it in order to terrify them. For me, I take a different approach. When I submit to an anthology I have to query first to see if funny/parody/quirky mixed in the bag will work.
Usually the response I get is ‘give it a try and send it in’; I can see the smirk through my e-mail. However when deadlines hit, I have been sent shocked e-mails due to the fact that not only did they (the editor) enjoy my story, but they are accepting it.
I have a story coming out in Live and Let Undead by Twisted Library Press, it is an anthology about what to do with zombies, after the apocalypse. I took a different approach, mockumentary style. Another anthology is Attack of the Fifty Food Book, again I queried and the editor (who has a good sense of humor) was eager to read my story. 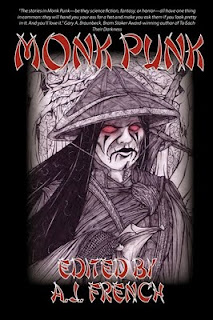 I sent it in, and when I got the acceptance his biggest issue was he had a hell of a time editing it because he enjoyed it so much. Is this me tooting my own horn? Hell no, I have had my fair share of rejections, mostly when I put the leash on and try to stick to the facts of horror. As soon as I do, the creativity lessens, and the story loses any sort of originality.
Very few of my straight out horror tales have been accepted, but those which were, are not too bad. Though they are not ones I would choose to put in a portfolio because they were so hard to write.
As I said, to write straightforward horror takes a talent I lack, hence the newfound respect and gathering collection of horror books. Nightmares aside, I enjoy them and hope to learn a thing or two, though I have no intention of changing my style. The quirky approach has worked well thus far, and as they say “if it ain’t broke, don’t fix it." 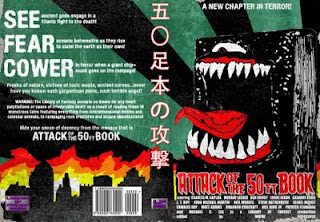 People talk about process, focus, outlines, and all sorts of things. I wish I could say I do all these writerly type things; but I don’t. I am more of the type that gets an idea, usually at an inconvenient time, like in the shower, or in the middle of dinner, a conversation with a friend, and has to start writing it.
I sit down, write it out and see what happens. If I think it’s crap generally it gets accepted. When I read something and mentally call myself a literary genius it is rejected outright. Writing is a very humbling career in which you need a thick skin, since I lack this, it sucks.
I took a stab at novel writing, and put my creativity to use (at least I call it creativity, others may think of it as something else…), and wrote a novel. It got picked up by Twisted Library Press, and is about zombies. Before you roll your eyes, there is a difference here in the story, and the undead in it.
My biggest problem with zombie movies, (the books are far too scary to read), is why don’t people get a good bat and hit them, they stumble around and moan, eyes usually rotted out, not to mention, “Hey moron, get in your car and leave.”
What I decided to do in all my genius, (again people may call it something else, madness, insanity, lunacy, but I prefer quirkiness or eccentricity) I chose a location which people could not escape from, where the zombies are not mutated by some government experiment, and do not turn as a result of death. They are strong, work together, and put up a formidable force. I’m not sure how well it will do with zombie fundamentalists, but am hoping that the new age zombie movement accepts it with open arms. 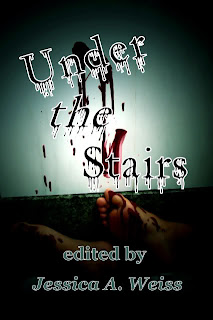 The title is Z-Boat, and it will be out eventually. While I ride the high of a novel acceptance; I am working on the sequel to it, and working on another novel a publisher said he would be interested in after reading a short story I submitted, because once again I broke the cliché mold of zombies, and took the story in an entirely unexpected direction.
I do not think of myself as coming up with new ideas, perhaps they have tried them before and failed. However, I am willing to take a shot, break clichés, and most importantly have stopped putting on the leash when it comes to the humor element.
If an editor does not like a good laugh, not my problem. I was told by a great editor and friend, not to change my style just to appease someone else, each writer needs to have a voice, and mine just tends to be quirky with a bit of horror mixed in. Will it work? I have no idea, but I will find out eventually.